“I’m a big believer that if you focus on good skin care, you really won’t need a lot of make up.” ~Demi Moore~

Evolution of lip balms. Being a teenager, I have been exposed to a myriad of inclinations, interests, even a kind of culture and fascinations. During high-school, groups are divided by dogmas, beliefs and values. Even of choices of food. On the lighter side, as young as I was. Having girlfriends and boys, bugging you around. You tend to exert effort to look good and be as beautiful as you can be. A common ground among young girls. You learn to put make-up. Most of my girlfriends even sorted to hairsprays, like not being able to go out of the house without their hairs neatly fixed. Vanity. I am not that into make-ups, some even said they even like me better without it. Still I fell in love with eye shadows, I tried blue, green and even those that shines. I liked eyeliners too. And the liking, were soon gone. I learned to use mascara and curlers. Believing the tags and advertisements on enhancement. I also got away with it. What remained are these three: lipstick, loose powder and an eyelash curler.

My aunts reminded me to rest my lips from lipstick, afraid of ruining my lips, I learned about the importance of lip balms. Through the years. I learned to live by it. Like a rule of not doing without it. I already forgot the first brand I maintained. Then I switched to Neutrogena. And finally I found what suits me best. No after taste no greasy feel (which makes so uncomfortable) and even on cold days when lips were damaged and cracked by the cold, I found Kiehl’s.

My first tube was from an aunt whos based in the US. And I liked it ever since. When they opened a branch in Manila (Greenbelt 5). I think I was one of the first 100 customers. And that was more than 5 years ago. Another brand was introduced to me and loved it too, it’s just that I remained faithful to Kiehl’s.

Learning to love the other on top of the very useful lip balm. Useful because at times I get rashes or allergies on my face or neck or even arms. Applying the balm was a quick fix. It was an instant relief. The moment my first tube was empty, running to the store is so easy. I’ve got no intention of switching. And opted to use them randomly. Besides the non allergenic principle was applicable to me. I use them alternately. Creme de corps was a stand out and since I am not getting any younger. The wrinkle corrector is on my list.

“I am going to make everything around me beautiful – that will be my life.”~Elsie de Wolfe~

The campaign to “Go Green” is all around us. It’s like rewriting the rules and going back to the basics. Literally displaying our love for mother earth. Even at work, I am incorporating them at every chance.

For a few years from now, It’s going to be a strict requirement of every client. I am so sure of that.

A lot of cities in the Philippines are creating ways in fulfilling their pursuit to be known as members of the Green Community. Ours started to get rid of utilizing plastics last year.

It’s nice that there’s a higher percentage who complies and follow. There are Green buildings in the CBDs (Central Business District) already who passed International requirements to be one and has become the parameter among others. It is all over, even in chips, even in this bread called “pandesal”, a staple food for breakfast of Filipinos are now with those green leaves called malunggay.

I’ve been hearing a few fellow countrymen commenting (and complaining) on the absence of plastic bags in most supermarkets. They’re complaining while we’re on queue and I wanted to explain to them that they’re just still in their comfort zones, you know, the adjustment phase and eventually, they will appreciate the government’s move to get rid of utilizing plastic bags and use paper bags instead.

As a rule, it is BEST to bring your own eco-bag (or tote bag), for storing the items that you’ve bought. And you’ve help lessen production of paper bags as well. As both: Production of plastic bags and paper bags has their own specific downfalls. As study shows, whether the other is more advantageous than the other is still unresolved. So now, I have at least more than 5 different tote bags . =) I’m a girl scout remember? (–,) Either plastic or paper. I am more leaning to recycling.

At home, I managed to channel myself into that direction, I wanted to give my share in my littlest way, I have learned segregating cans from plastics from those that are recyclable and those that can decay in time. I orient my family to do the same, and since the air is something that comes in and out of our system, I opted to do general cleaning more frequently than usual. I can remember this movie where Jack Nicholson’s portrays having an “Obesessive-compulsive” behavior (no, I am not as OC as him) though I researched for products that are literally supporting the theme of “Going Green.”

I discovered ECHOStore (will blog about it soon) and Messy Bessy. Initially acquiring a lavender scented air spray which can also be sprayed on fabrics because I decided to discontinue use of those airsprays with too many unknown chemicals when I read their contents, most of which I could not understand.

I’ve come across Messy Bessy during a flight years ago, as a travel kit, it completely comes with an insect repellent, hand sanitizer, creme and a hand wash. I researched for it and fell in love with it instantly.

Initially, I got “The Little Warrior” out of curiosity. The reason behind the name is due to it’s being multi-purpose. It is a hand sanitizer, a disinfectant and a surface cleaner all at the same time. Good invention at a very affordable price. It is also very handy, you can bring it all the time.

And then I got the linen/ room spray. As expected,  I got the lavender flavor with mix of rosemary oil. 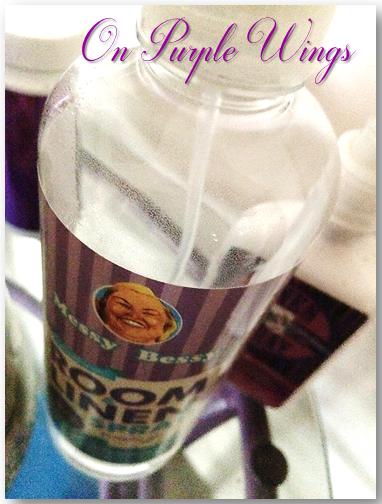 The scent is too gentle, you wouldn’t almost feel like it’s there. I don’t mind as long as it helped me enhance the air in our home which is mostly needed. Especially that we have pets (2 cats and a dog) and my mom is in her 70s already.

I am getting the odor absorber and the laundry powder and the hand wash soon. =)

“No matter how plain a woman may be, if truth and honesty are written across her face, she will be beautiful.”~Eleanor Roosevelt~

While my buddy and I are freshening up in the ladies room after having our lunch. She noticed and was surprise to see me using a familiar plastic container of baby talc or powder and was actually laughing. I asked why, I already have a slight idea of why she was laughing. She asked me why I never got over with using this particular baby powder? Saying I have been using it since we’re still in our 20s.

I looked at her and yes I admitted it that I haven’t gotten over using my Johnson & Johnson’s baby powder. According to my mom, I’ve been using it as a baby, toddler, kinder, elementary, high school and even during college and yes until up to now.

I had it figured out that I’ve been loyal to this product all these years. I am now a mother of a teenage son and yet I’m still using a baby powder. ahaha!

She asked me if I am aware that Johnson & Johnson’s  had innovations and came up with those that comes in compact and yes I knew it. I must admit, I’ve tried it, Its just that the puff being worn out in time hassles me. There are puffs that you can buy anywhere but I opted to use the loose powder with my hankie if its time to apply it on my face and body.

It refreshes me, addresses “oiliness overload” (as teens nowadays calls it), and the scent is so light and gentle. It didn’t go against the colognes/ perfumes I’ve used all these years. And the most important thing I like about it is it didn’t give me any problem on skin rashes.

As faithful as I am. My alternative are the talcs I discovered from Marks & Spencer. I’ve been using them during college trying all variants. Until I became loyal to the the purple one which is lavender. So I used them alternately. Dedicating the M&S for special occasion and my J&J as a daily habit, especially after taking a bath. =)

You would not believe this, even my son is a powder junkie, being a teen already, he would still ask me to put powder in his back sometimes! It’s really nice to be a baby! ahaha! Especially when you’re a Johnson & Johnson’s baby! Thank you J&J! 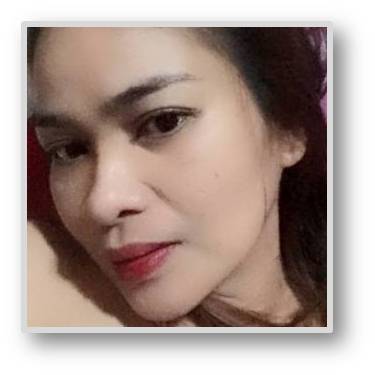 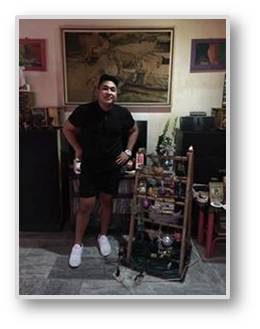 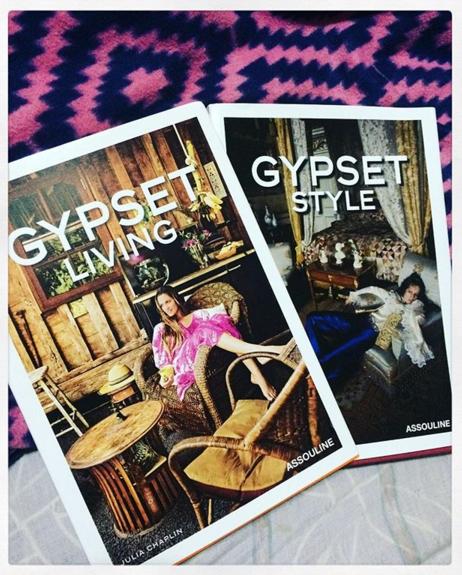 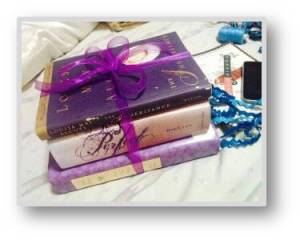 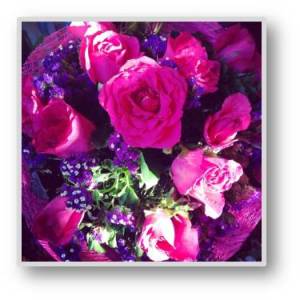 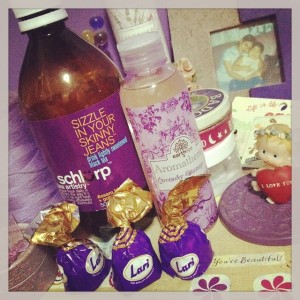 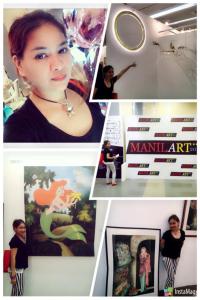 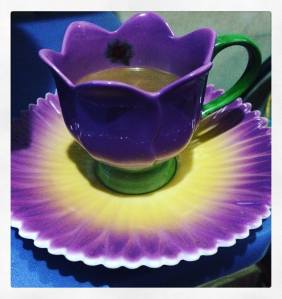 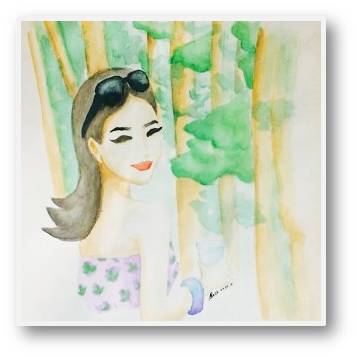 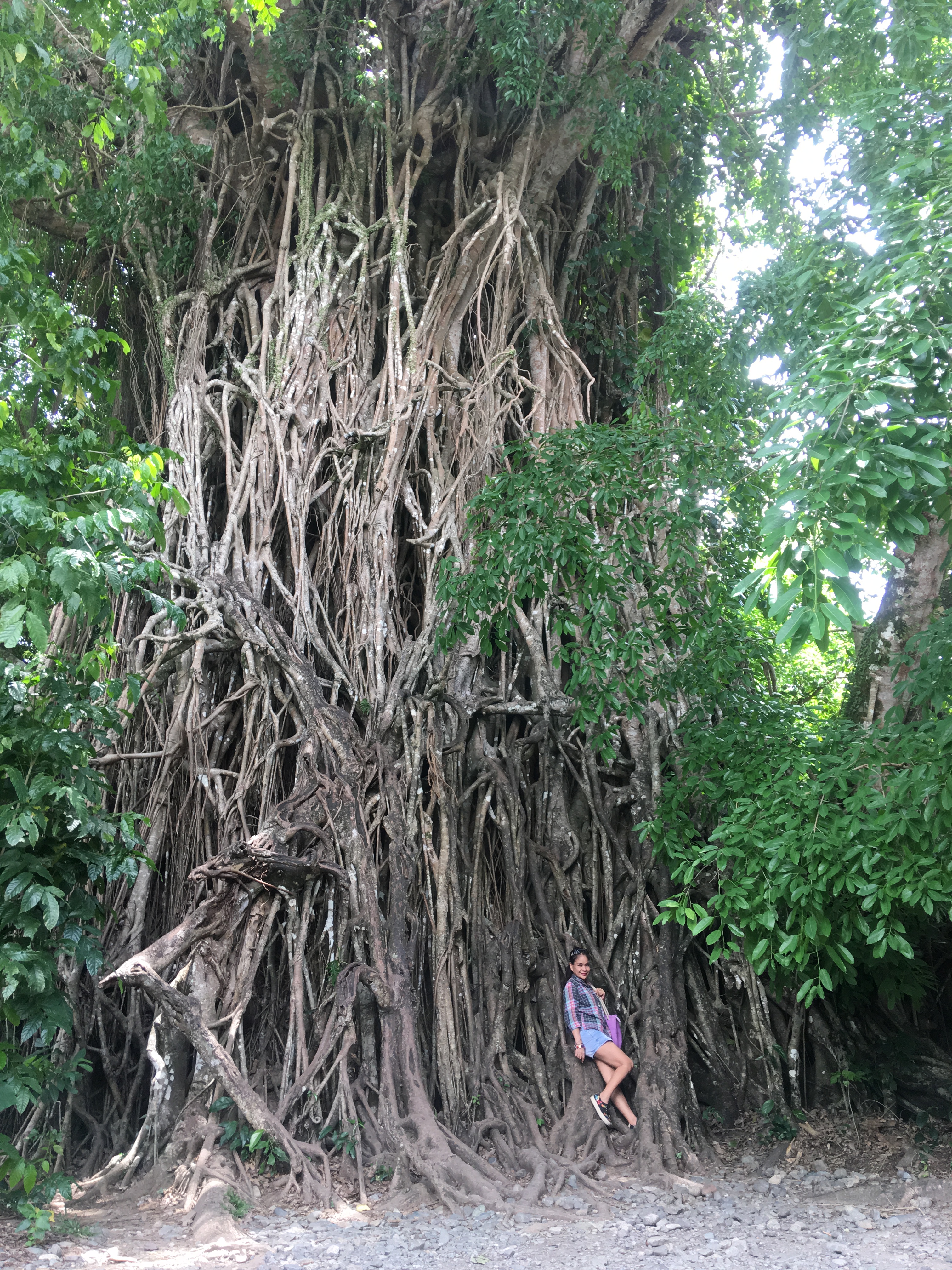 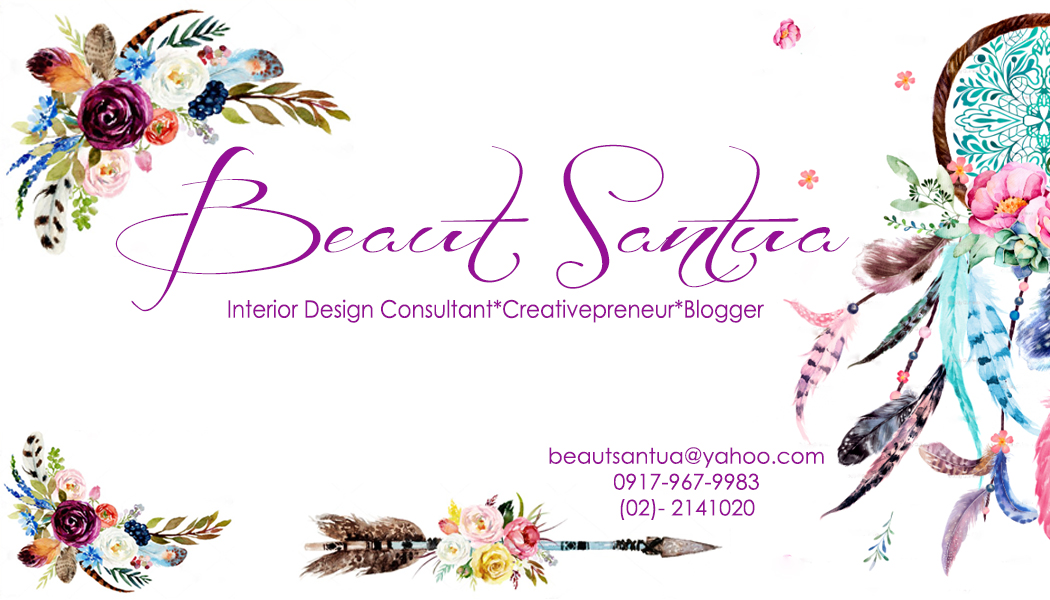